*News Update*
Christine Willcocks has been announced as a finalist in both the Jacaranda Acquisitive Drawing Award (JADA) and the non-acquisitive $20,000 Elaine Bermingham National Watercolour Prize.

Christine Willcocks combines a range of printmaking, installation and photographic processes to explore notions of museology and the natural world and the conceptual spaces such environments evoke in the viewer. Employing a range of display devices such as vitrines, domes and antique frames to house contemporary works, the artist highlights the passage of museological traditions and our relationships to concepts of preservation, both social and environmental.

In a series of new drawings and prints by Northern Rivers artist Christine Willcocks, the yellow insignia of highways and pedestrian passageways exist as a placeholder to re-orient us; through rural, urban and psychogeographic spatial scores. Reminiscent of these Lynchian lines, yellow ink is employed as a framing device to contour and contain a suite of more incidental leitmotifs. In a sparing effect, minimal geometric abstraction rubs up against more embroiled monochromatic imagery of trees, mountains and rocks. This pairing announces a stylistic re-enactment of the experience of moving between landscapes and physical and psychological thresholds. For this new series of works, Willcocks draws on her protracted encounters in various natural and urban landscapes; from the rainforest of her home and the central mountain district of New Zealand, to the cobbled streets of Paris and Melbourne.
Excerpt from Wild Rocks & Tamed Pathways catalogue essay by Abbra Kotlarczyk 2017

Willcocks's work evokes visual beauty in a troubled landscape. The artist successfully translates to paper the beauty, quiet and meditative stillness of objects that no longer have life. She responds to a transient space which hovers between life and death. The addition of delicate etched glass museum domes raises questions about our need to collect things. Willcock's silent, lifeless birds and trees are presented as scientific artifacts - as tools for research - but they also suggest that our rituals of collecting are attempts to retain a physical connection to all things lost.
Susi Muddiman, Director, Tweed River Gallery

Over the past years my work has focused on the demise of the natural world and its renewal, often as objects or artifacts within an institutional setting. My prints 'Bird Skins' initiated an exploration of the rituals of collecting and how this act plays a key role in the preservation of our memories. My fascination is not just with collections but also with the psychology of display. How the vitrine actually relates to the object, what they reveal about the work of constructing and reconstructing history. While my work takes in cross disciplines such as drawing, photography and 3D, it is the printmaking that is the backbone of my practise. I wish to expand the possibilities of drypoint etching from cardboard, a process that suits a non-toxic environment.
Artists Statement - Christine Willcocks

Willcocks has been a finalist in the Jacaranda Acquisitive Drawing Award (2020, 2016, 2014 acquired) and the non-acquisitive $20,000 Elaine Bermingham National Watercolour Prize (2020). In 2015 she was acquired by the Kedumba Drawing Award and was a finalist (acquired) for the Fremantle Arts Centre Print Award. In 2014 she was the recipient of the highly sought after Studio Residency at the Paris Cite, facilitated through the Australia Council. Since 2013 she has held the position of Co-Director and lecturer at the Byron School or Art in Byron Bay. Willcocks is represented in numerous major Australian collections including Artbank, The Print Council of Australia, State Library of Queensland, The State Library of Victoria, Queensland University of Technology and Southern Cross University. 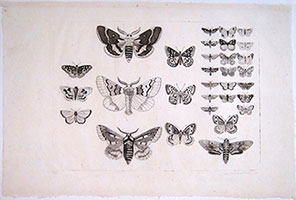