I have a long standing interest in art prior to the Renaissance. The paper works in ‘Gems’ follows on from my series of paper crowns, ‘Oligarchy’ 2017. Each crown explored a different element of decoration associated with rulership and power.

In the spirit of the almost surreal materialism of Pop artist Claes Oldenburg’s soft sculptures including electric fans, the paper works in ‘Gems’ are based on observations of stone cuts and metalsmith techniques associated with the Gothic period. A time when different ‘precious’ stones and metals denoted status and had spiritual associations.
Artist Statement, Terri Brooks 2020

Brooks studied at RMIT University and in 2010 graduated with a Doctor of Philosophy from the University of Ballarat. In 2014 Brooks exhibited in Direction Now, a major touring group exhibition first staged at Port Macquarie’s Glasshouse Regional Gallery. Direction Now responded to the Direction 1 exhibition of 1956, the first exhibition in Australia to legitimise abstraction. In 2006 she participated in a government funded artist workshop in North East Germany and in 2009 was invited to exhibit at the State Gallery of Neubrandenburg, officially opened by the Australian Embassy, Berlin.

Brooks has held over twenty five solo exhibitions and has participated in shows in public, university, commercial and artist runs spaces including art fairs nationally and in the US, UK, The Netherlands, Italy, Germany, China, New Zealand, Poland and Greece. She has been selected several times as a finalist for the Fleurieu Art Prize and the Tattersall’s Landscape Art Prize, and finalist in the Kedumba Drawing Award and Alice Prize and was awarded a BP Acquisitive Award in 1992 and an Australia Council Grant in 1991. Her work is held in the collection of the Neubrandenburg Museum, Germany and private and corporate collections around the world. For more than ten years her works have been incorporated into homes designed by leading interior designers and architects (including award winning interiors). In 2018 she completed two major commissions for the Westin, Perth and Four Points by Sheraton, Central Park, Sydney. Brooks is currently represented in Australia, the United Kingdom and China. 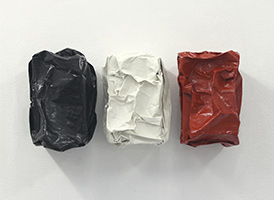